Australia will host India and Afghanistan for Test series, while limited-overs internationals are scheduled against Zimbabwe, New Zealand, West Indies and India.

With Australia among the countries opening up and lifting restrictions put in place during the COVID-19 pandemic, Cricket Australia on Thursday, 28 May, took their first steps in resuming international cricket, announced the schedule for their summer. However, they acknowledged that circumstances might force a change.

The men’s team will begin their summer with a three-match ODI series against Zimbabwe starting August 9, followed by T20I series against West Indies and India. They play an inaugural Test against Afghanistan in Perth, while Gabba will host the opening match of the Border-Gavaskar Trophy against India.

The Afghanistan Test will take place from 21 to 25 November and will be a day/night affair. The first of the four Tests against India begins on 3 December in Brisbane. The second Test (11-15 December) will be a pink-ball one at the Adelaide Oval, while the third (26-30 December) and fourth (3-7 January) Tests will be at the MCG and SCG, respectively.

In January this year, India captain Virat Kohli had said that he was looking forward to defend the Border-Gavaskar Trophy irrespective of the venue. “Whether it is the Gabba or Perth, it doesn’t matter to us,” he said. “We have the skillsets as a team to compete against anyone in the world anywhere, whether it is white ball, pink ball or red ball. We are absolutely up for it.” 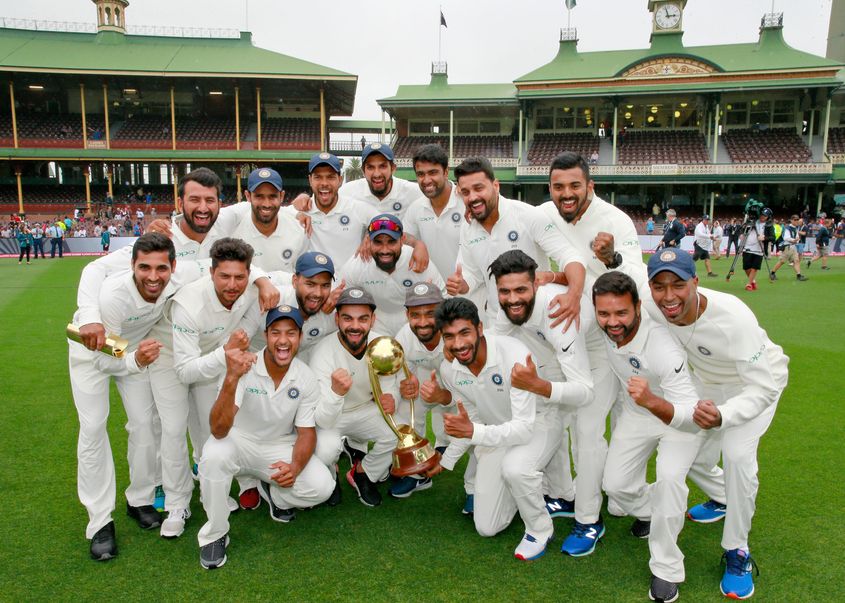 For Australian cricketers, the Gabba has been a favourite ground with numerous wins. “We can’t wait to come to the Gabba, knowing that Australian sides play well and win a lot of Test matches here,” Test skipper Tim Paine had said ahead of last year’s Test match.

“It’s where we traditionally like to start so it feels like the Australian summer when you get together and get out on the Gabba. It’s a great place for us to play – the wicket suits Australian sides really well so to start here is fantastic and the boys are really looking forward to it.”

Australia paceman Mitchell Starc had welcomed the idea of a day/night Test against India, which will take place in Adelaide from 11 December.

“I think absolutely a pink-ball Test in the series against India is a great thing,” Starc said. “The fans love it, I think it creates a different aspect to the contest, bat and ball are closer together in that contest.

“India played a pink-ball game in India so they’re not completely foreign to it … It’d be great to have a pink-ball contest in that series and from the little bits I’ve seen and heard, India are very much open to that as well so that’s fantastic.”

‘Tim Paine has been unbelievable as captain’ – Nathan Lyon