Author: In the current COVID-19 crisis Barry Eichengreen, UC Berkeley has Published this article entitled as ” The most serious crisis of all”

In the current COVID-19 crisis, as in all crises, public policy dialogue and debate are heavily informed by history. Our instinct is to avoid repeating the mistakes of the past. But in seeking to avoid past mistakes, we risk committing new ones. 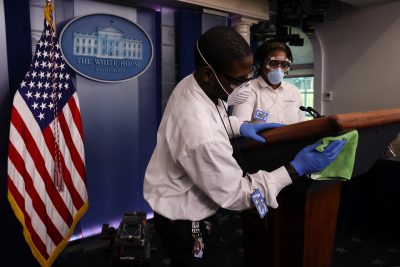 The first questions that reporters and financial analysts invariably ask are, ‘how does the current crisis compare to the Global Financial Crisis and the Great Depression?’ and ‘how powerful is the monetary and fiscal policy response compared to 2008–9?’ This framing is understandable. When stock markets crash, unemployment rises and the economy enters a recession, there is a natural tendency to recall previous occasions when such things happened. There is a tendency to look back on public policy successes and failures and ask whether we can repeat the successes and avoid the mistakes.

Read Also: How will Covid-19 reshape the World

This tendency to reason by way of analogy is not only natural; it is intrinsic to human cognition. Cognitive scientists argue that analogical reasoning is central to human reasoning. Uniquely among species, the use of analogy appears to develop spontaneously in humans. We have evidence of analogical reasoning as far back as there is evidence of written language — in the Babylonian Epic of Gilgamesh for example.

Policymakers lean on analogies when there is least scope for other forms of analysis such as deductive reasoning — meaning when there is least scope for analysing formal models in which conclusions flow from assumptions. Specifically, they invoke historical analogies as mental shortcuts during crises — moments when, by definition, there is no time for formal theorising and systematic data gathering.

This point has been elaborated by analysts of US foreign policy. They show how president Harry Truman, in deciding to go to war in Korea, based his reasoning on the Munich analogy. They describe how John F Kennedy, in responding to the Cuban Missile Crisis, leaned on the analogy with Pearl Harbor.

Directly on point, scholars have shown how president Gerald Ford and his advisors, when deciding how to respond to an outbreak of swine flu in 1976, based their reasoning on the analogy of the 1918 Spanish influenza, which killed more than 20 million souls globally. It turned out that swine flu was less contagious and deadly. But anticipating a public health emergency, the Ford administration rushed through an expensive vaccine with dangerous side effects. Some 500 Americans experienced complications including paralysis and respiratory arrest, and 25 died as a result. Not a single person died from swine flu itself, except for those who had direct contact with pigs.

This is not to argue that mobilising resources to develop a coronavirus vaccine is wrong-headed or that we are overestimating the threat to public health — to the contrary. But it does counsel against relying mechanically on analogies with recessions and depressions past when formulating the economic policy response.

Where comparisons with past crises have value is precisely in highlighting how this crisis is different, and therefore how the policy response should vary. First, this crisis did not originate in the financial system, in contrast to 1929 and 2008. Flooding financial markets with liquidity, as central banks have done, may prevent problems on the real side of the economy from destabilising financial institutions and markets. But doing so will not mend the economy or even halt its downward spiral. Achieving this requires first containing the pandemic.

Second, in contrast to these earlier episodes, major fiscal stimulus packages are not the right policy focus. Unlike in the past, we have also experienced an unprecedented supply shock. It makes no sense to try to sustain demand at earlier levels at a time when production can’t keep up, since it is not yet safe — and won’t be safe for some time — for people to return to work. The time for demand stimulus is later. The task for now is income maintenance — targeting public support at the unemployed so that parents can feed their children.

Third, this crisis will be most acute in low-income countries. These countries have weak health systems. They are being hit by weak commodity prices, falling remittances, capital flight, a shortage of trade credit and collapsing currencies all at once. They were not the focus in 1929 or 2008 because those crises centred on the global financial system, and because low-income countries had only rudimentary financial systems and were not integrated financially.

This time, low-income countries are at risk of a crisis that will dwarf anything in the advanced-country world. Addressing their plight should be priority number one on humanitarian grounds, but also because what happens there will spill back onto the rest of the world through both economic and epidemiological channels.

With the IMF and World Bank meetings coming up next week, one wonders whether advanced countries will look beyond their domestic concerns. One worries that their preoccupation with the questions ‘is this downturn more serious than the Global Financial Crisis?’ and ‘could unemployment rise as high as in the Great Depression?’ will cause them to lose sight of what is about to become the most serious crisis of all.

Barry Eichengreen is George C Pardee and Helen N Pardee Professor of Economics and Political Science at the University of California, Berkeley.

How will COVID-19 reshape the world?