The Second World War led to radical changes in national governance and the international system. Something similar may occur following the global novel coronavirus (COVID-19) pandemic. The quick reversal of orthodox government policy triggered by COVID-19 in many countries around the world is astounding. 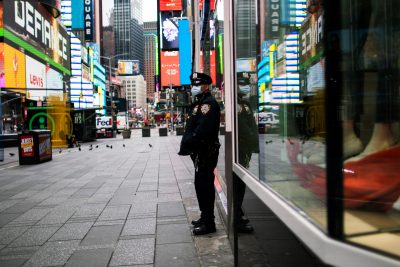 The only way of preventing a ruinously high death rate from COVID-19 is to force the bulk of the population in afflicted countries into lockdown. This means individuals and families self-isolate, many businesses close, events involving crowds are banned and health services are given absolute priority. All of this is being implemented with little immediate concern for the economic impacts of government response measures.

Governments are reversing the political doctrine that motivated them over the past four decades. The intellectual roots of that doctrine may be traced to the economist Friedrich Hayek, who in The Road to Serfdom argued that government planning was inherently irrational and based on prejudice. He maintained that the discipline of free markets provides an unprejudiced arbiter, namely free competition. Former UK prime minister Margaret Thatcher once banged down a copy of Hayek’s The Constitution of Liberty in a meeting and declared: ‘This, gentlemen, is what we believe’.

COVID-19 is turning such thinking on its head, with enormous increases in government power and a corresponding reduction in the ability of citizens to object. But what will the balance between markets and government intervention be in the post-COVID-19 world? Most governments find themselves unprepared and overwhelmed by the current ‘black swan’ event, having assumed that the market would find a way.

Read Also: WHO reviewing impact of US funding withdrawal amid Covid-19-pandemic

Let’s assume that governments enjoying huge increases in power during the current crisis will be motivated to continue in an activist role. An optimist will say that this is a good thing and that government unpreparedness must be corrected. A crucial role of government is to correct market failure and ensure public welfare, including for the weakest members of society. But a pessimist will retort that government power may not be exercised primarily for the public good: excessive power is dangerous and needs to be kept in check, in part by market forces.

A crucial factor here is China’s performance in its efforts to control COVID-19. Before the crisis began, China was on course to become the world’s largest economic power, with profound implications for the international system. Now China’s handling of the current crisis appears to have enhanced its international reputation and potentially boosted its geopolitical power.

China’s handling of COVID-19 is underpinned by two characteristics. First, running a socialist system in a substantially capitalist economy, President Xi Jinping’s government had no compunction about locking down the city of Wuhan and Hubei province, where the outbreak began. This was done at an early stage but not soon enough to prevent COVID-19 becoming a global pandemic. Whistle-blowers were punished rather than heard, showing that authoritarian governments may get some things right but other things disastrously wrong.

Second, Chinese social norms are influenced by values of community, contrasting with Western individualism. A combination of these two factors seems to have enabled China to combat the crisis reasonably well overall but only after a great deal of economic damage and many deaths early on.

In South Korea, an impressive government-organised campaign was launched early on, with great emphasis being placed on COVID-19 testing. Communal values in South Korean society also play a part in the success of the country’s response. South Korea’s experience, like China’s, is being noted internationally.

The impact of COVID-19 on the international system is complex. For several years now globalisation has been under threat. US President Donald Trump’s inward-looking mantra of ‘America First’ trashed international agreements on climate change and multilateral economic institutions. But in response to COVID-19, liberal governments elsewhere are also closing borders, suspending flights and interrupting many aspects of international cooperation. It is uncertain to what extent some of these obstacles may be left in place after the crisis. But we shall hardly inhabit a barrier-free world.

China, and East Asia more broadly, will emerge from the crisis with prestige and power enhanced. Yet the reputations of the United States and Europe for effective crisis management will be diminished. Still we should not underestimate the achievements of some Western governments and societies in their efforts to defeat COVID-19. A key lesson from the crisis is surely that it is far better to act early rather than late. In normal times there must also be a continuous effort and funding from governments applied to international health crisis preparedness.

The outcome of COVID-19 is likely to favour strong government over pared-down government in a Hayekian sense. China’s top-down governance model may seem more attractive, even in areas outside East Asia. In Europe, for instance, COVID-19 may reinforce the trend of increasing authoritarianism for some.

Proponents of democratic ideals and human rights will of course object to this trend. Positive outcomes in the battle against COVID-19 may favour those who see strong government as desirable in its own right. But the upsurge in volunteering and group solidarity in many countries may point to a more optimistic future.

Arthur Stockwin is Emeritus Fellow at St Antony’s College and founding director of the Nissan Institute of Japanese Studies, The University of Oxford.

This article is part of an EAF special feature series on the novel coronavirus crisis and its impact.

The most serious crisis of all